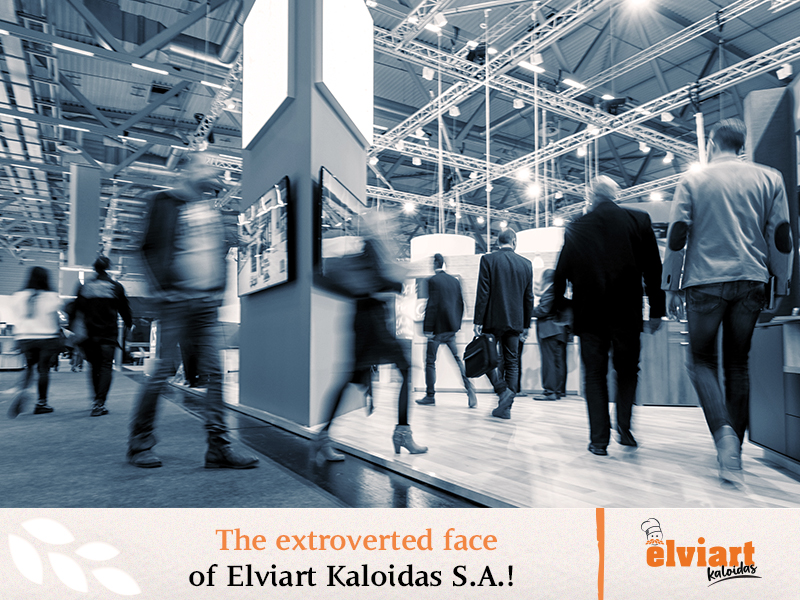 Elviart, the pioneer company in traditional pita bread for souvlaki, never stops growing and developing its family of quality products.

At the same time, in its long upward course, it has shown its highly extroverted face both with the increasing volumes of its exports and its strong and continuous presence in major International Exhibitions, which are constantly upgrading the taste of the world of Food and Drinks.

This year, from October 5 to 9, Elviart will once again participate (first presence in 1987) at the Anuga International Exhibition, to be held in Cologne, Germany, completing 100 years of presence (1919-2019).

An event worldwide. leading. trendsetting. with the message Taste the Future!

A unique anniversary where 10 trade shows will take place and 11 trend themes will be presented to over 100,000 visitors from all over the world!

Elviart, with its own recipe for success, will be there! Among the leaders of the world of pleasure, which is becoming more and more enjoyable, with new combinations, new fragrances, new recommendations & ideas, new trends, new inspiration from the extraordinary interaction between so many different cultures!

From October 5-9, Elviart will give its own Taste of the Future on the global diet plate.

Elviart Kaloidas S.A. welcomes you to the future of pita bread, by creating with the simplest materials, each time, the authentic tradition!

previous
Elviart at the 2019 Anuga International Exhibition
next
Elviart Kaloidas S.A. dynamic presence in the future of nutrition!